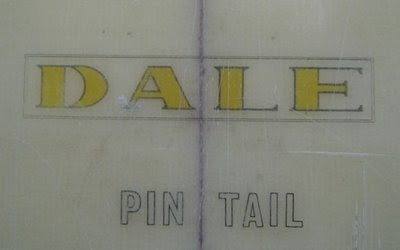 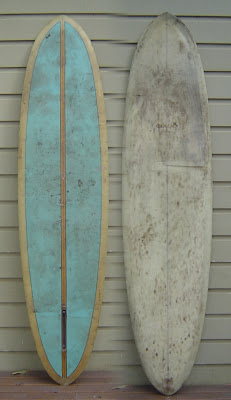 Not in for a full restoration.
But in for some major work
and a polish. 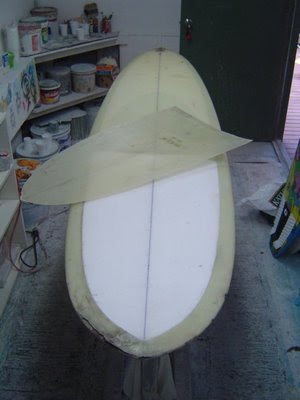 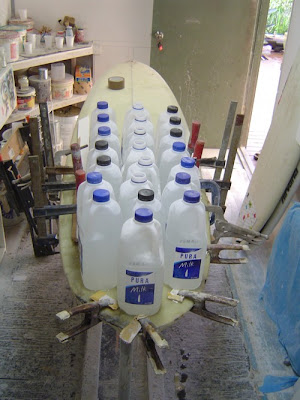 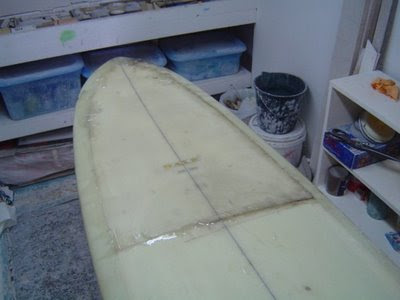 Ready for grinding and capping laminates. 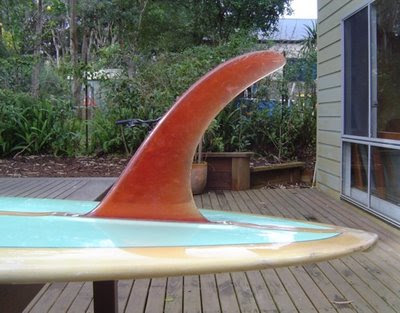 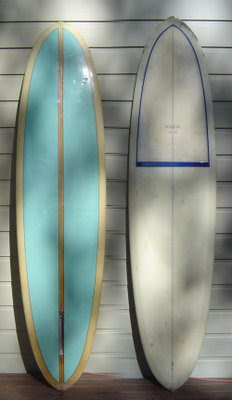 Pinlines over join.
All dings repaired and polished.

Dale surfboards was another manufactuter
based in Brookvale on Sydneys Northern beaches
in the 60's & 70's. 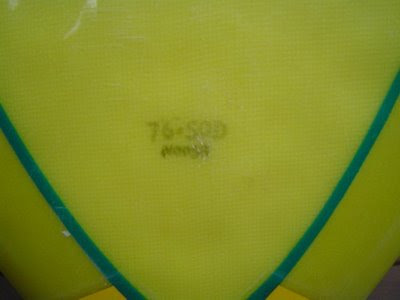 7'6" SOD
Noosa.
Steve O'Donnell
worked at Dale during this period. 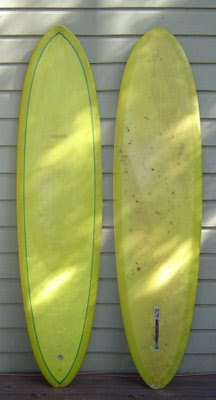 Pre restoration.
Nose and tail damage.
With a few dings on the rails. 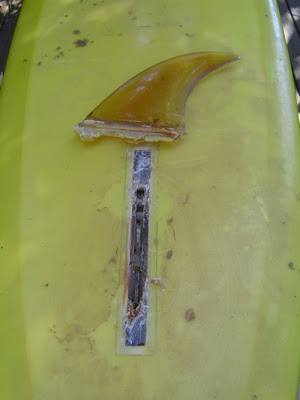 At some stage a plastic fin was crudely fitted
into the original Safeset finbox.
Making it impossible to use the finbox. 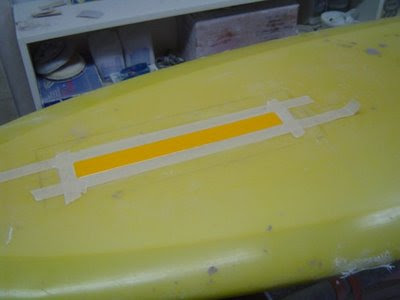 There were a couple of options.
Remove the old box and fit a new/second hand Safeset box.
Or fill the old box and set a new fin on top.
After removing a Safeset box from a donor board.
Which was a major job.
And caused some damage.
Filling the box and setting a new fin was by far the better option.
So the old box was cleaned up.
A 3mm rebate was cut into the box to make a clean edge.
Then filled with pigmented resin and milled fibre.
This was then capped with a two layers of 4oz cloth on the bias. 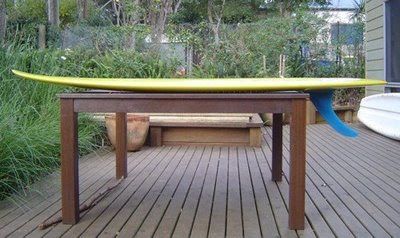 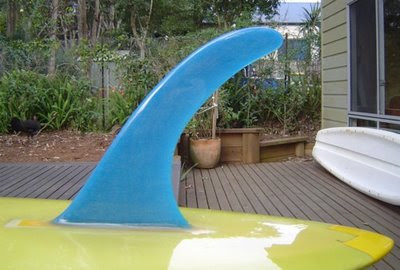 A new fin had to be made.
To a Safe Set template. 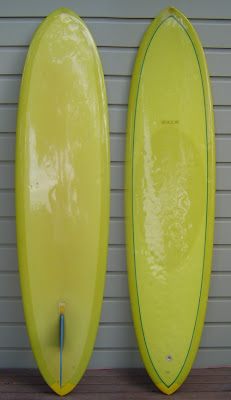